This is why filtering Amazon Advertising report downloads in Excel frequently makes things worse not better...

Imagine that the table below shows your stats for the last 60 days.

The maximum ACOS you want to pay is 20%.

What should you do? 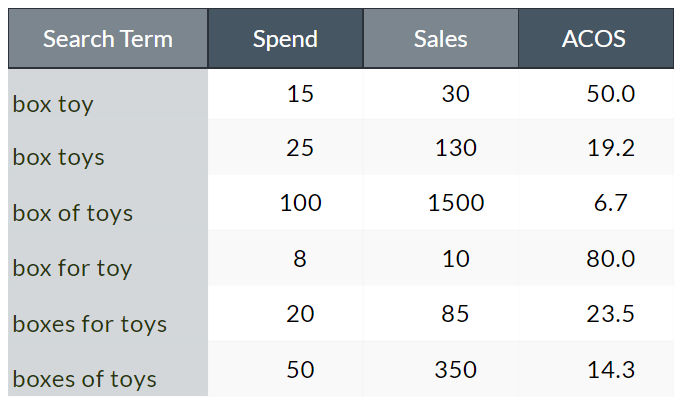 Quiz Time! (Can you spot the cunning trap that lurks within?)

Which of these is the most profitable? (you can pick more than 1 if you wish)

Did You Pick The Most Profitable Option(s)? Find Out Below... 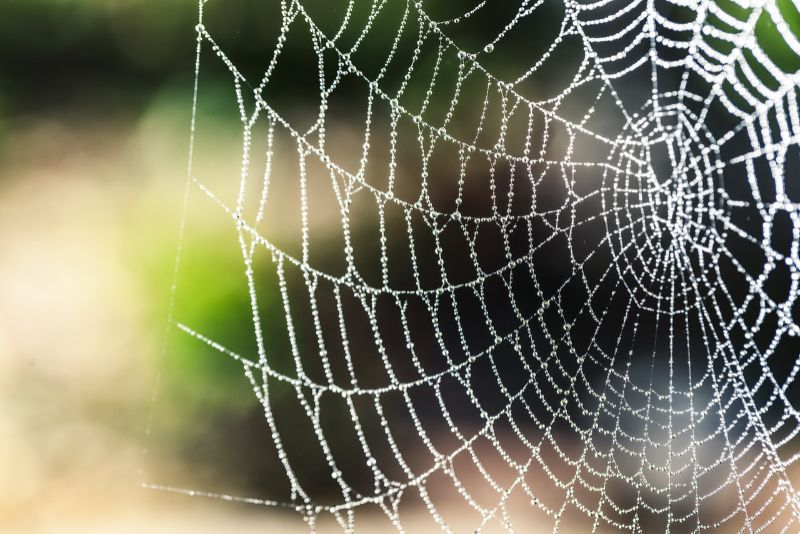 There is only one good option... I'll explain what it is and why.

Amazon helps you, intelligently, to get more impressions for your keywords.  That's great but it muddies the water when it comes to deciding which search terms to block. It means...

you have to be ultra careful when adding negative match search terms regardless of whether that's at the PHRASE or even EXACT match level.

This screenshot is taken from the recommendations for creating Search Terms for product pages on Amazon UK.
The same rules apply to Amazon Advertising globally.

Amazon treats singular and plural versions of words as identical... even for EXACT match.

So in our example:

Are you starting to see why filtering in Excel is a blunt tool which frequently has unexpected, profit-reducing and sales-reducing consequences?

Well singular/plurals are just the tip of the iceberg as you'll see....
‍

Amazon calls them "stop words".  You may well have seen them on the Amazon help page for using search terms effectively in your listings.

This is the version for the UK:

Can you see where this is heading?

In our example Amazon ignores the word "for" wherever it exists... and also the word "of".

In fact every single search term in our example is viewed by Amazon as one and the same.

You can't block any of the individual search terms however eye-wateringly high its ACOS is, without blocking them all.

Even with EXACT match. (we call is EXACTish match!)

So the only to make an accurate and profitable decision is to take the most basic version of the search term (singular and with all of the stop words stripped out) and calculate the total effect of adding that as a negative search term, taking account of all of the variants which we affected as a result.

And that's what we do in AdRazor.  We call the simplest version of each search term, and all of its variants, the Consolidated Search Term... and all decisions are made based on that.

In this case, summing all of the values from the raw data table, we get:

With an overall ACOS of 10.4% the only viable option is to do nothing.

Is it frustrating that we know that there are search terms in there which are highly unprofitable?  Yes, but with an overall ACOS of 10.4% we can live with that!

So that's all you need to do... work out all of the permutations of all of the thousands of search terms and make your decisions based on those....

Except... when you see a search term with too high an ACOS how do you know whether it is:

What Is The History For That Search Term?

The less you know about the history of a search term the more likely are to make an unprofitable decision. And using only 60 days of data is always going to be more than a little risky...

That's why it's vital to see the context of the figures that you're looking at, ideally over a full 12 months so you can make the best, most profitable decision.

What Is Amazon ACOS?How To Reduce Your ACOSAmazon Negative Keywords - What You Need To Know
WIIFM - 2 Minute SummarySearch Terms Optimisation Tool
Terms of ServiceCookies PolicyPrivacy PolicyAffiliatesAssetsContact